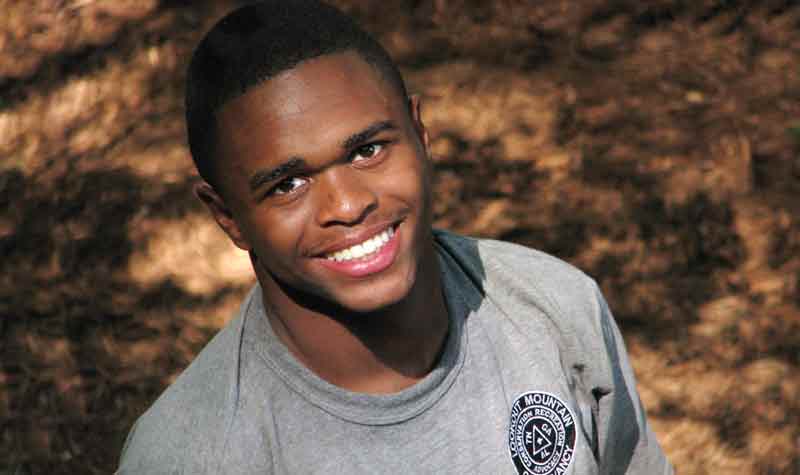 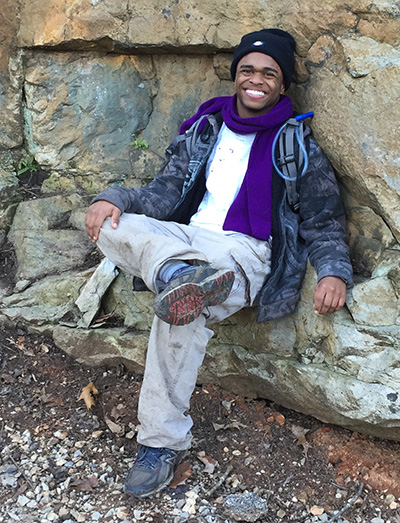 For months, after having sent out dozens of college applications, I still had not heard from the two colleges that I really wanted to attend … the ones that were a perfect fit for me.

I felt like it was already a done deal, like I’d never get the chance to have my choice in colleges because having “choices” is not something I was used to.

But my team, the Lookout Mountain Interns, the Conservancy staff and my mom, wouldn’t let me give up.

Maybe that’s because they saw how hard I worked when I was knee deep in kudzu vines, remaining positive and doing the best I could every day. For me, it was the key to success. I kept ripping, cutting, and dragging kudzu, trying not to think about the colleges that wouldn’t accept me. Being on the trails kept me calm about whatever college choices I would have.

It also gave me a safe place to vent my frustration and learn to accept whatever happened. Hey, if I didn’t get into my top choice of college it would be just another challenge, something I’ve learned to accept here in the woods.

You see, folks who grow up like me often take what we get. We don’t expect a lot. When we look around, we don’t see a lot of success stories. It almost seems like you’re destined to keep repeating the same patterns. But I looked around and saw two other interns that were in college and I wanted to be like them. The staff at the Conservancy never gave up on me and kept encouraging me. They believed in me.

I received a letter of acceptance from Knox College, my number one college choice.

Having the opportunity to go to college is huge for me; a first for my family. It’s also an amazing feeling being able to decide where I wanted to go. I had been accepted to a couple of other schools, too—another first in my family.

I’m now enrolled in my favorite place, the one that has a great architecture program, and I started a new path in life with the lessons I’ve learned up on the Mountain, with people who care. My mom said when I was a freshman in high school that I would be going to college, but I didn’t believe her. I mean, who does that? For the first time in my family, I do.