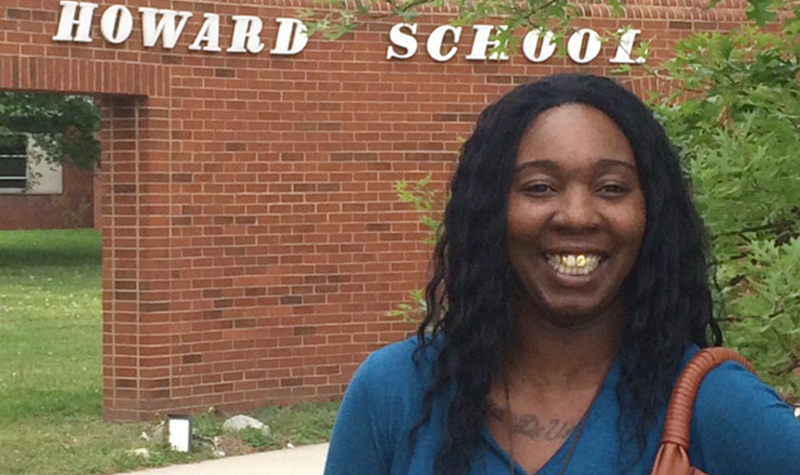 I have lived in Chattanooga my entire life. I was raised with four siblings and lived with my grandmother throughout my childhood. I know what it’s like to watch your parents struggle. They did their best but most often it wasn’t nearly enough. Neither of them went to college and finding a job that paid enough to raise a family was tough. Sometimes impossible.

I’m now facing the same situation. As a single mom, of seven kids, I can’t find a job and also pay for childcare. I dropped out of high school in the 11th grade, but fortunately was able to finally graduate several years later from Cornerstone Christian School. So like my parents, even if I had the time when I wasn’t with my kids, it would be tough—very tough—to find a job that would pay enough since I only have a high school education. I’ve had to rely on the government to get by, and it’s not something that is easy, and it’s not something I want for my kids.

For a long time, like more than 14 years, I felt pretty hopeless. I just didn’t see a way out of this situation. It almost felt like fate that my kids would repeat the same cycle, and be trapped in a high-stress low-pay situation like my family and so many people I know.

I have to say that it wasn’t until my oldest daughter enrolled in The Howard School Intern and Leadership program that our family had hope. We actually had more than hope—we had a mentor for the first time in our lives. Thanks to that program, my daughter graduated from high school on time (the first one in our family). She also is attending college—another first.

My son is also part of the leadership program. He too is going to graduate from high school; he wants to become a professional welder, and the Conservancy helped him get into the welding program where they only accept 20 students.

My third son is now applying to become part of the Intern and Leadership program, and God willing, he will also be accepted.

And then there is me. I’m hoping to get back to work so that I too can begin to break out of this trap. With the help of Conservancy staff, I think I can do that. That Mountain has become a beacon of hope to me and my family. It’s a safe place and a place that has become a mountain of hope.

It takes more than just straight school work, it takes a mentor and someone to guide you as a person along the way—and that’s just what the Intern and Leadership program has done for our family. If it wasn’t for the program, my family would have little to no hope and at least one of my kids would likely have been on the street and probably in a gang.

When you don’t know how to change, and don’t have the people to help you get there, it seems impossible. For our family, the Mountain and the Conservancy changed our family’s path, in a good way.