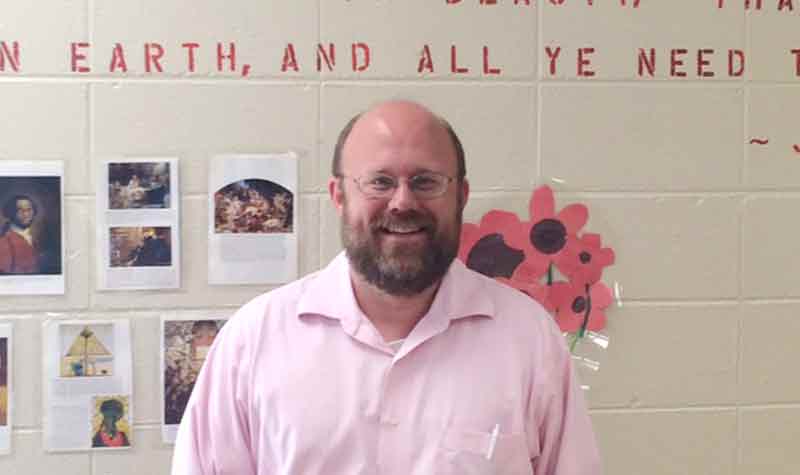 I’ve been teaching English at The Howard School for 3 years. It’s been rewarding but not without challenges. I’ve seen too many students struggle and never make it to graduation. There just didn’t seem to be a hook, or method, to get certain students engaged and keep them engaged.

This was the case at the beginning of this school year when I had two students not making sufficient progress in a class required for graduation. I had met with them, and they knew what they needed to do, but there didn’t seem to be a way to change their efforts and get them to acknowledge ownership of their course work.

These students, however, were enrolled in a unique program with The Howard School called the Intern and Leadership Program. The program is run and staffed by the Lookout Mountain Conservancy. Using Lookout Mountain as the classroom and inspiration to address academics and leadership skills, this program had a strong reputation of graduating every single student who had working in that program for at least three years. So I called them. I explained it didn’t look good and there needed to be some immediate action.

Mentoring and the Mountain

After brainstorming together we agreed that Conservancy staff would come to the classroom several days a week, and help mentor these students (and others if they were so inclined)—in addition to the work they were already doing with them on the Mountain.

After several months of mentoring by the Conservancy staff, these two seniors began to see the importance of following through and completing their work. By Christmas time, they were motivated to the point where they no longer felt they needed the mentoring in the classroom, and by May, they had surpassed their own expectations and were on path to graduate with flying colors.

As a teacher, it’s inspiring to see students turn their lives around. It is equally inspiring, and encouraging, to see folks in our larger community take part in the education of our students. The Conservancy’s program offers a unique blend of mentoring, leadership, inspiration, and connection to the land—something sorely missed for many students in The Howard School’s student body. It’s a combination that goes beyond teaching about the environment and LMC has become partners in helping us teach our students. So many of our students are heading down a destructive path, but the partnership between us is providing the students the life-skills to bring them success. Ultimately, changing the course of their lives benefits them individually and sets an example for their peers to follow.

In short they learn what we, The Howard School and LMC, model. How we care for the land, support others in our community, and take personal ownership of our individual tasks has a positive ripple effect outside our own doors.

Thanks to the support of people like you as well as local businesses and foundations, the Lookout Mountain Conservancy partners with the Howard High School. The program is designed to provide both leadership and academic skills and has resulted in 100% graduation rates for those who have attended (surpassing the high school’s average). As a result of community support, the program has been expanding every year as funding becomes available.The program was created by Zachary Brown, Assistant Superintendent of the Hamilton County Department of Education and former Principal of the school and Robyn Carlton, CEO of Lookout Mountain Conservancy.