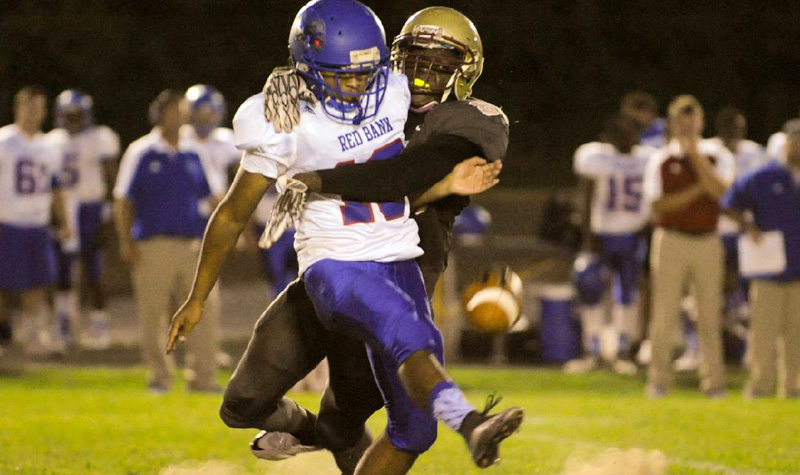 When we're not busy working on the Mountain, you can find us supporting our Hustlin' Tigers. A shout out to football players (and interns):  Raquez Harris, Jwun Gamble, Umar Muhammad, Cameron Thomas, Vincent Bowling and Juwan Hill, who made critical plays in Howard School's first home win in three years.

Read about the win and LMC's Intern and Leadership program in this great article below by Mike Wiedmer of the Times Free Press, "Wiedmer: Lookout Mountain Conservancy offering hope, opportunity to Howard students" 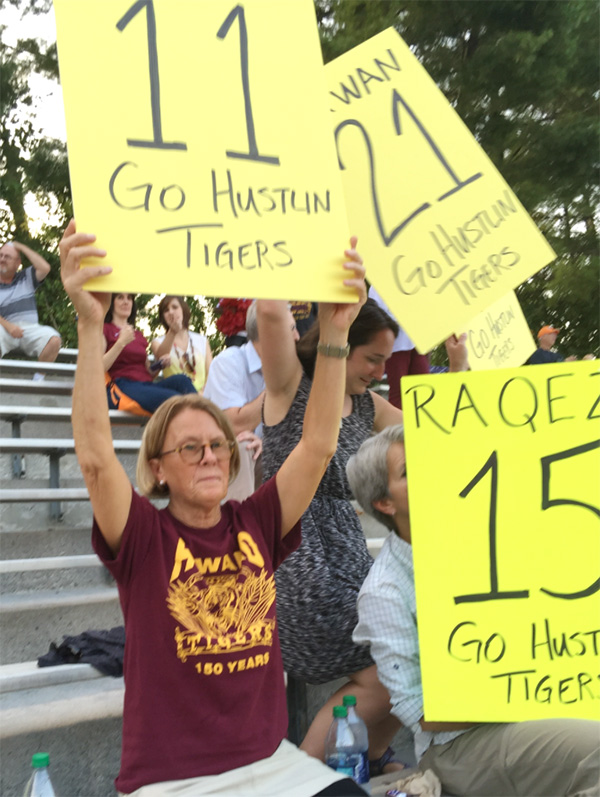 As the final seconds ticked off in Howard's 28-13 high school victory victory over Red Bank last Friday night, its first since last Oct. 9, Robyn Carlton stood up in the Reggie White Stadium stands and shouted, "I'm so happy for these kids. I've finally seen them win a game."

The Tigers, their parents and Howard administrators and coaches will tell you Carlton has been helping them win far more important victories than football triumphs for the past five years.

That's how long it's been since the CEO of the Lookout Mountain Conservancy started the foundation's Intern and Leadership Program at the school in hopes of, according to its website: "Using Lookout Mountain as a classroom to teach critical leadership, academic, social and conservation skills."

That's how long it's been since, in the words of Hustlin' Tigers senior Umar Muhammad, "I quit going down the wrong path. It's molded me into the person I am today."

As an eighth-grader, Muhammad was headed down a path to serious self-destruction, arrested on assault charges. Today, despite suffering a possible meniscus injury to his left knee in last week's win, he's being recruited by a couple of small colleges for football.

Asked why she has worked so hard to make this program work, Carlton, a former Atlanta resident, said, "We (the Conservancy) wanted to be part of the solution. Youth unemployment is a huge issue here. How do you give these young people an alternative from the gangs?"

The LMC's plan was to create a program for deserving teens that would include not only working its land on the mountain but also mentoring those selected for the program on academics and life skills.

"It's an awesome program," said first-year Howard principal Chris Earl, who once played football at the University of Tennessee at Chattanooga, as did his brother Kenyon. "(These students) have become the leaders in our building. Just the way they conduct themselves. They have a different gear, a different aura about them."

Asked if he wished the program was in every school in the city, especially those filled with at-risk youth, Earl said, "I think it would help. So many times it's about exposure. If you're not exposed, you miss opportunity. It's a large world out there. Sometimes all you need is that one opportunity to make it." 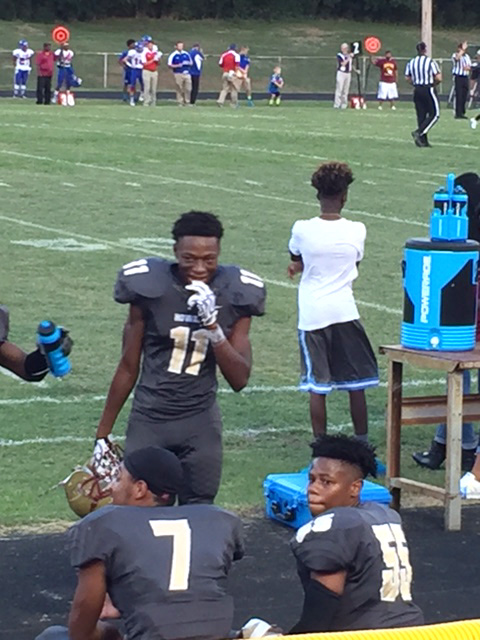 Our interns our team players.

Getting the opportunity is not without work. As the LMC's website explains, high school students apply to the program after a weeklong trial period over spring break. Applications must include letters of recommendations and interviews with the potential interns. Those chosen are paid $8 an hour initially, with $9 an hour for those who assume later leadership roles and $10 for college kids, of which there currently are nine among the 30 total young women and men taking part in the program.

"When you look around at our society, the ability to work and desire to work is lacking," said first-year Howard football coach John Starr, who once won a Georgia Class AAA state title at Augusta's Josey High School. "This gives these kids an opportunity to develop a work ethic and understand the value of a work ethic."

Added April Brewer, whose son, Vincent Bowling, the Tigers' senior quarterback who began the program this past spring: "They didn't just give VJ a place to work. They taught him the foundation of what the world is about. They taught him that not all work is about easy work."

Carlton meant for it to be that way. The 7.5 miles of trails the group tended to this past summer was done mostly by hand.

"We might use a weed-eater," she said. "But we're breaking boulders with sledgehammers. We're using shovels and axes and chisels and rakes. It's manual labor."

"It's introduced me to people who can help me later in life," Bowling said. "This program is getting me where I need to be to succeed. But Ms. Robyn isn't like my boss. She's like my second mother."

If nothing else, Brewer saw a pretty tired young man when her son's summer workday ended each afternoon.

"VJ would come home and shower, eat and sleep until it was time to go to work the next morning. It definitely kept him off the streets at night."

But what it's done best for all of them is improve their grades, the average GPA of those in the program rising from a 1.9 the year it began to a collective 3.2.

"And we've had a 100 percent graduation rate of those who have reached the end of their senior years," she said of a school that graduates less than 50 percent of its students overall. "Of the 30 kids we've taken, only one has been kicked out. I tell every one of them when we start that they may not like me, but they'll love me when they cross that (graduation) stage."

In October, Carlton will share the program's blueprint with a group of 3,000 in Minneapolis, which is just fine with Brewer as long as her son's second mother continues to use that blueprint here in the Scenic City.

"She's given my son the tough love I couldn't give," Brewer said. "I'd love it if Ms. Robyn could also work with my 7-year-old son Markel and my 4-year-old daughter Shekinah one day. She gives them what they need to succeed in life."

And finding success in school and the workplace is the best way possible to avoid winding up in a gang.