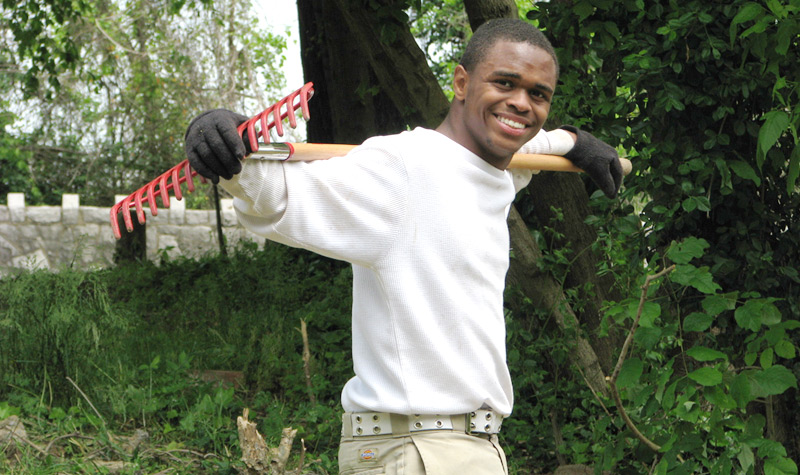 Fostering a Love of Land

This approach to connecting people to the land—or using the land to address a community problem or challenge—is often important not only because of the land itself but also because of the community programs that can be associated with them. In 2013, Tennessee’s Lookout Mountain Conservancy (LMC) and the Howard School, a local high school, teamed up to launch Environmental Connections, an environmental education and outdoor classroom project.

The process really began two years earlier when Robyn Carlton, LMC’s chief executive officer, went to a Land Trust Alliance leadership training session and heard Judy Anderson talk about the concept of Community Conservation Lands. “It was the first time I’d ever heard about this,” says Carlton. "Judy was talking about engaging the community in meaningful ways other than just hosting walks on our properties several times a year. It opened our eyes to what conservation could include, and why." 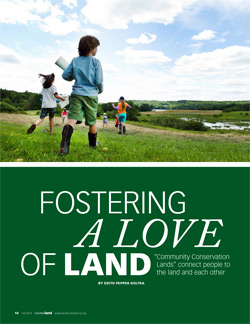 The resulting Environmental Connections project serves an adjacent, high-risk community commonly known as "Ground Zero" because of its gang violence and drugs. Howard School students spend many hours restoring the property and improving the site. All the while, they’re building a broad range of life skills and receiving academic training. "In the beginning, I was telling a Howard teacher that the students would first have to learn how to use their tools, meaning the shovels and the rakes,” says Carlton." One teacher looked at me and said, ‘You call them tools. We call them weapons.’ that was my aha moment. That was when I knew we were here for a reason, that maybe this land could end up changing lives.”