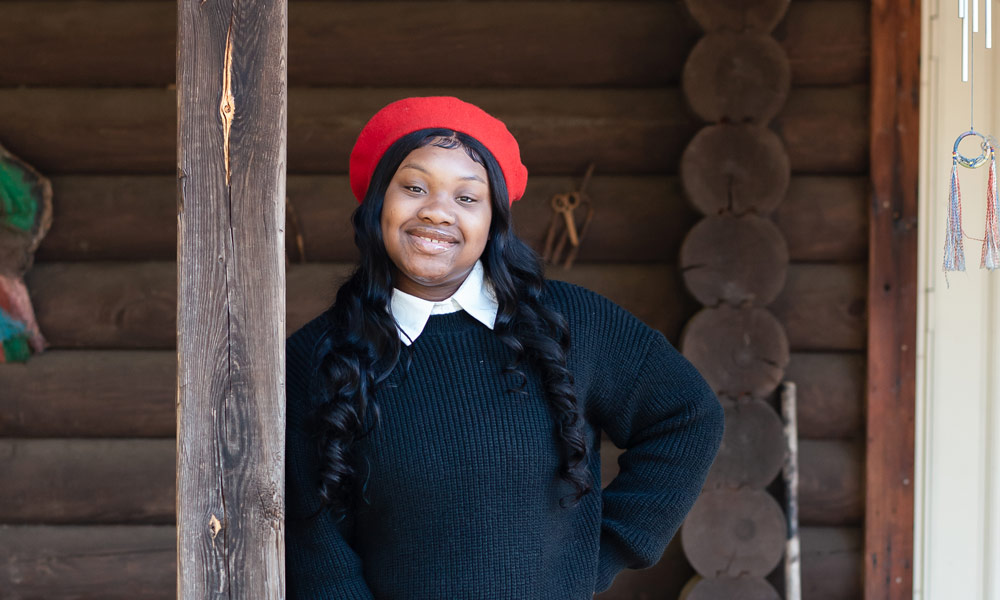 I’ll never forget my first day working on the mountain and let me warn you, it wasn’t pretty. You see, a friend of mine, JaMaal, was already in the Intern & Leadership program and he thought it would be a good idea for me to join. He told me how much fun it was and how much it had helped him personally and in school. But what he forgot to mention is that it was really, really hard work.

Pushing Past My Limits

I showed up on my first volunteer day and was already pretty nervous. I’m not much of an outdoorsy person and I’m the first person to scream when a bug gets anywhere near me. So needless to say, I was in for a rough start. There were five of us that applied and no one knew what to expect. We all gathered around outside of the cabin just waiting to find out what Ms. Robyn had in mind. 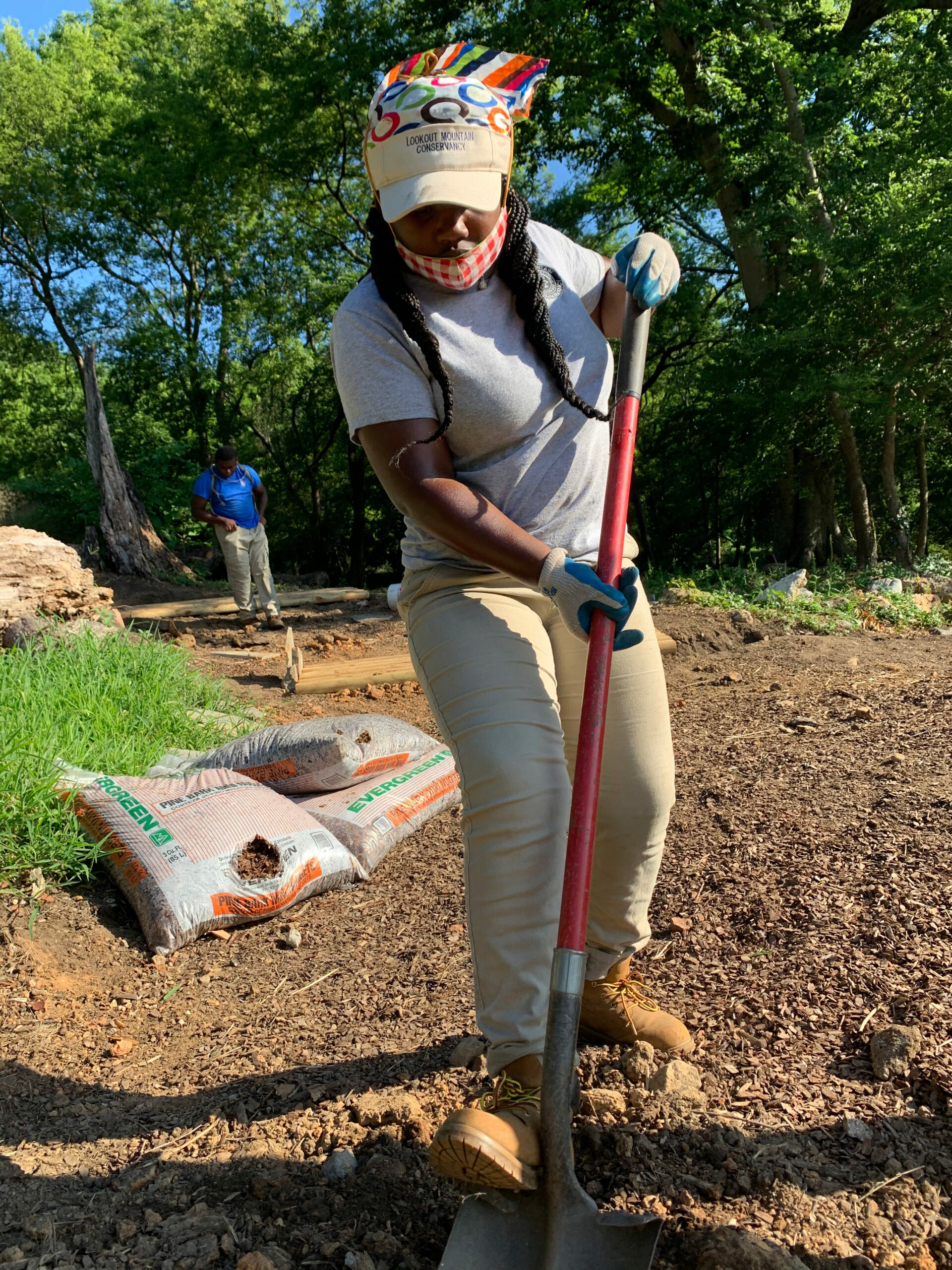 I didn’t know Ms. Robyn at this point but I came to understand that this was the first of many inspiring speeches I would hear from her over the next three years. She started off by thanking us for being there and asking each of us to introduce ourselves and to tell everyone a little bit about ourselves. We all stumbled through our introductions while the other interns listened. I was so glad to know at least one other person that day. Next, Ms. Robyn told us to get some gloves and we went over how to use the tools we would need that day. I had never heard of loppers or a pick mattock in my life, much less used them. We were tasked with figuring out how to get this flooded area to drain better and Ms. Robyn had a pipe she wanted us to put in the ground.

At this point it was so hot and I was drenched in bug spray and sweat and covered in so much mud I could hardly lift my feet. I was thinking, “Y’all do this stuff every day?” The next two days were pretty similar. Somehow I made it to the end of the third and final volunteer day and just when I thought we were finished Ms. Robyn says we are going on a tour of the park. I didn’t think I was going to make it. I was tired, grumpy, and dirty and I just wanted to go home — but I knew I couldn’t if I wanted to be hired. I was at the back of the group the whole time huffing and puffing but I was determined so I pushed myself and I finished the tour. And let me tell you, when I got home I slept like a baby!

After that first week I was hooked and I joined the program determined to push myself. But Covid had different ideas. When the pandemic first hit our work days were suddenly far and few between so I decided I had to get another job. I needed the income and I just told myself that when things got back to normal I would go back to LMC. Soon I found myself ignoring the group texts and missing work days without calling. I knew I wasn’t doing what I should but I lost sight of what was important to me.

After a few months I assumed I was kicked out of the program but one day I just decided to reach out to Ms. Robyn and at least tell her I was sorry. I felt terrible after everything she had done to support me and regardless of my position as an intern I wanted to make things right. Ms. Robyn treats all of us like we are her own kids and we had a loooong talk about what happened. Even after having our talk and feeling better about our relationship I was still so surprised when she told me that as long as I wanted to be part of the team that I would always have a place. I knew then that I was right where I needed to be. 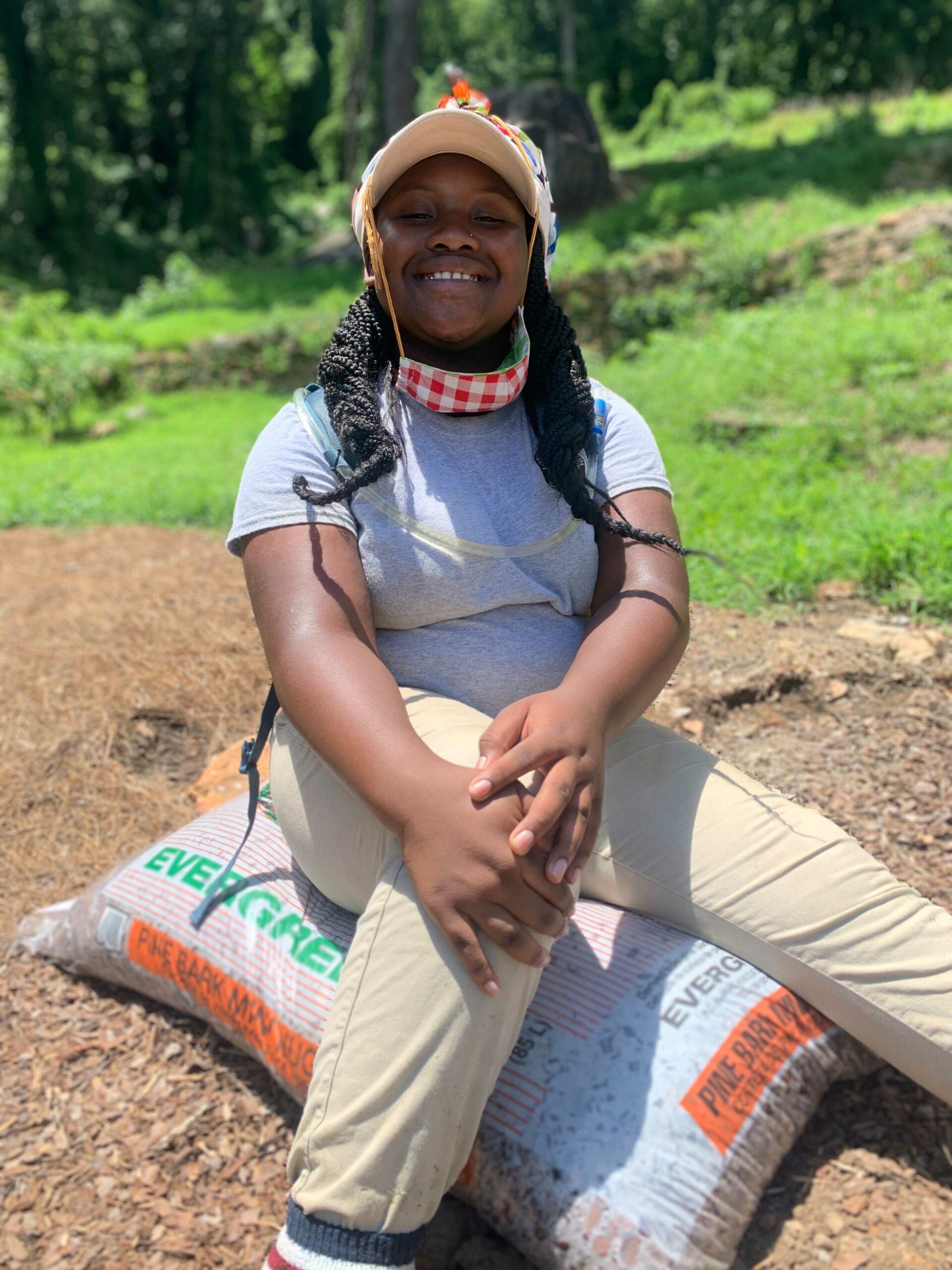 I joined the program to become a leader and learn how to step up. It wasn’t until I made that mistake and almost lost it all that I realized the intern program was more than just a job. I was part of a team — part of a family. I was letting everyone down when I stopped coming to work but most importantly I was letting myself down. I made a commitment and I had to hold myself accountable. That’s what it means to be a leader. I realized that I was the only person standing in my way and that if I wanted to be better I simply had to step up. I could do better, and I would.

A lot has changed since that first day. I used to make excuses about why I couldn’t do things and asked others to do things for me all the time. We would start working on a project that I didn’t know how to do and my first instinct was to give up. At first I thought it was just because I wasn’t interested in learning about that particular task or I simply didn’t feel like doing it. But that wasn’t it at all. 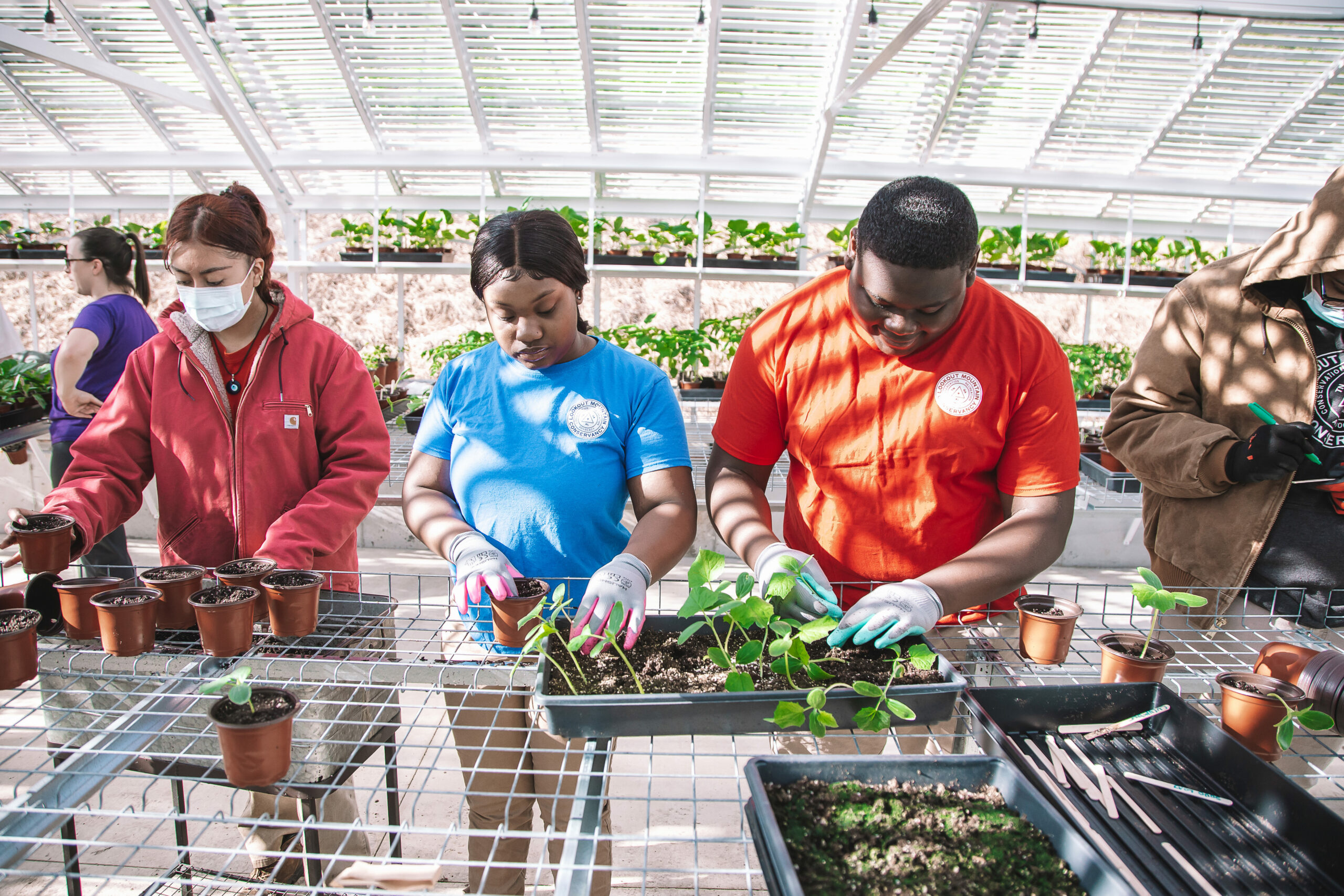 The problem was my confidence. I doubted myself and I was afraid to fail. Well, working at LMC you learn that you are going to fail. A lot. But that’s ok! If the rock wall we built wasn’t level or sturdy we would just start over and try again. Every time something didn’t work we learned something and we could use that lesson on the next attempt or the next project. After that first summer I realized that I can do so much more than I ever thought. Things I never even imagined. I realized that regardless of my size, my gender, or my level of experience, as long as I tried my best and trusted my team that we could do anything we set our minds to. I think that realization is the best thing to come out of this experience for me. Learning to trust others, learning to trust myself, and knowing that failure is just part of the process.

What the Future Holds

Now my time as a high school student is coming to an end and adulthood is on the horizon. With the next phase of my life just around the corner I feel a little nervous but mostly confident to tackle whatever challenges may come. Several experiences led me to this point. My little cousin that I live with was born premature and he has struggled with some health issues. As a baby he had to have a tracheotomy to help him breathe and that was the event that inspired my career choice. I wanted to learn how to help take care of him and I knew that there are a lot of kids and families going through similar experiences. Feeling like I could help make his life better made me want to do that for others. 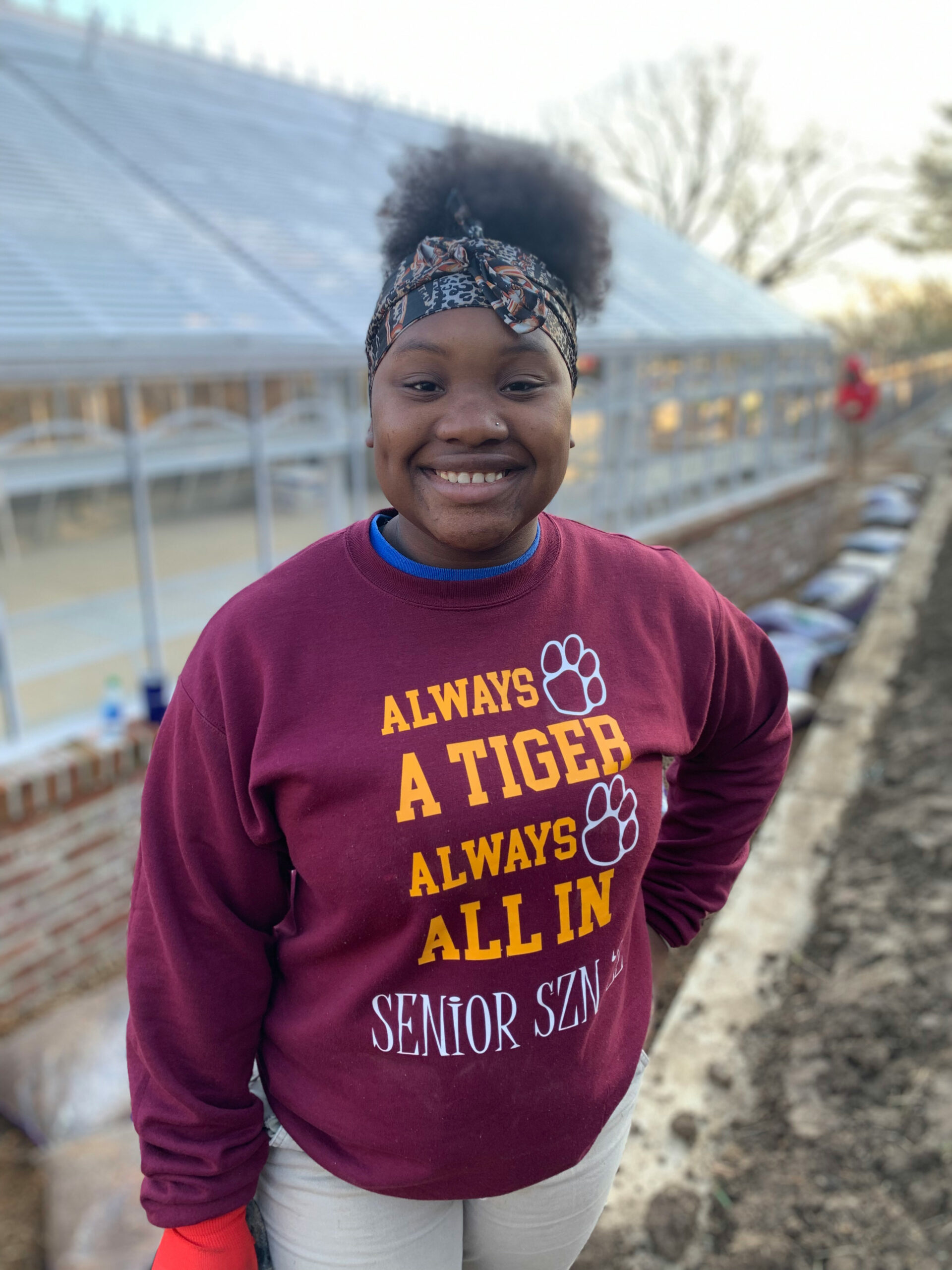 Luckily, Howard offers some really cool career prep courses so during my high school experience I completed four years in the Future Ready Erlanger Institute of Healthcare & Innovation program. Armed and ready for the healthcare field I plan to attend Tennessee State University in the fall to study nursing. Thanks to the preparation and skills I received during this course of study I have a great head start for a career in healthcare. While I pursue my degree I plan to continue to sharpen my skills and support myself financially as a certified nursing assistant.

I can’t say for sure if I would have followed this path had I not joined the program when JaMaal encouraged me to but I can say for certain that the self awareness, patience, and confidence I developed as an LMC intern will most certainly make me a better college student, CNA, and nurse.